As Product Managers, we try very hard to align product capabilities to ways in which customers want to solve problems. One of the great byproducts of delivering products based on open source software is that customers will download and use the product before you ever engage with them. And once they do engage, they often have a very explicit sense of how they want to use the product.

Dozens of new customers have come to us over the past few months with a single use case in mind – replace their existing AWS API Gateway. The number of users would normally not have been unusual except that Solo.io has never talked about this use case. With the Gloo Edge 1.11 release, we’ve added a number of user-requested enhancements, and now might be a good time to replace your AWS API Gateway.

Customers have stated they wanted to move away from AWS API Gateway for three main reasons:

Gloo Edge 1.11 adds exciting new features around our AWS Lambda integration, Observability, Helm, and other areas. All the AWS Lambda improvements came directly as suggestions from the many users that are trying to replace their AWS API Gateway. Along with EKS and legacy services on EC2, Lambda has become a critical part of cloud native infrastructure with some users reporting that 80% of their services are running as Lambda functions. 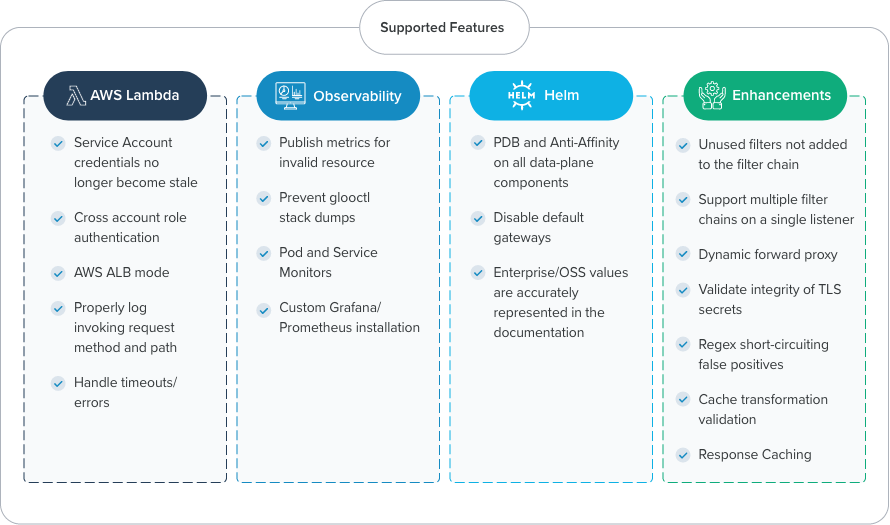 Some more details on select features are found below:

AWS Lambda – Gloo Edge has had Lambda integration for years. But as more companies move to reduce costs and increase flexibility by replacing AWS API Gateway and AWS Application Load Balancer, it has become a high priority use case among our customers. There were a number of requested improvements that Nathan Fudenberg covers in his SoloCon 2022 lighting talk here: You can also learn more about how CARFAX is moving to Gloo Edge for Lambda in this video.

Publish Metrics for Invalid Resources – One of the first commands Gloo Edge users run after an upgrade or install is glooctl check. This command tells users that the Gloo Edge resources are healthy. One of the most requested features is to build this capability into a metric that users can alert on in case there is an issue. Gloo Edge now allows users to alert on invalid resources.

Control Plane Scale – Gloo Edge has users with billions of API calls per month that are critical for billions of dollars of transactions. We have not yet seen the limits of scale on the data plane. Some of our largest users have told us that their API usage has significantly increased over the last few years. Because of this, they continue to look for ways to cost-effectively scale their Gloo Edge clusters. Challenge accepted! Gloo Edge users will see some improved CPU usage and reduced route creation times in 1.11. But 1.12 will include some significant improvements that should cut the time to add route tables and curl by more than half. This will initially be available in the 1.12 Beta in the next few weeks as we want to get feedback from our users. Please reach out to us if you’d like early access to the. In order to do that we have combined some of our current logic into single process: 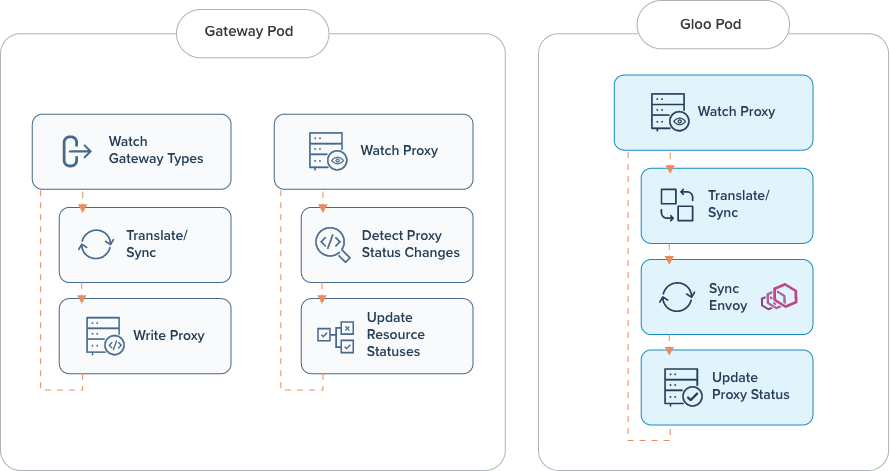 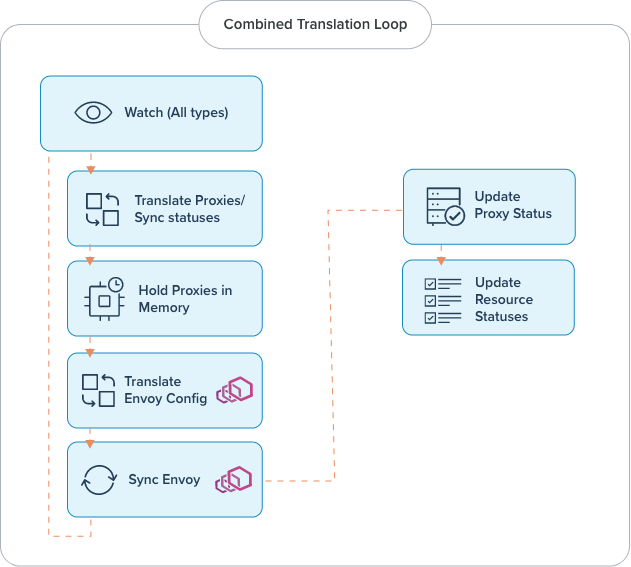 The above changes are large so we decided to release them in the first Gloo Edge 1.12 Beta instead of making it Generally Available so that we could get feedback from users. However, these improvements cut the time to add route tables and curl by more than half.

Many of the enhancements above came from customer requests, so if you have ideas of other things you’d like to see, reach out to us on the #gloo-edge channel on the Solo.io Slack.

You can request a free trial of Gloo Edge today here.

Chris Gaun
Chris Gaun is the Head of Product at Solo.io. He lives in NYC with his three kids, wife and dog.